Hollywood’s public officials, business leaders, Chamber members and the community came together to say farewell and celebrate the retirement of business star Leron Gubler. As the dedicated President and CEO of the Hollywood Chamber of Commerce who served the Hollywood community for more than 26 years. Leron is retiring at the end of the year. The Hollywood Chamber marked this gigantic milestone on three different occasions. 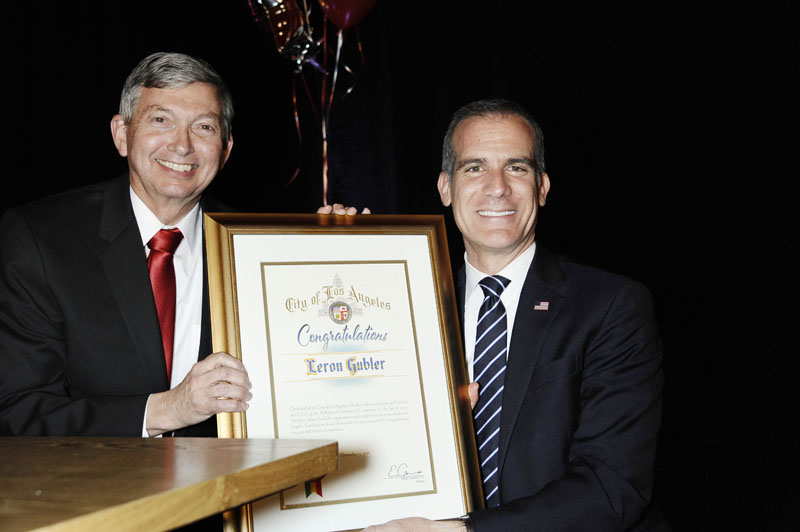 On Wednesday, December 12th, the Hollywood community which knew well and admired Leron for the past quarter of a century was invited to a reception at the lobby of Hollywood Roosevelt Hotel for an opportunity to bid him farewell. The event was followed by a red carpet private dinner gathering in the ballroom where people had an opportunity to salute Leron with an evening of recollections and merriment. Vin Di Bona, Producer and Founder of FishBowl Worldwide Media and Donelle Dadigan, Chair of the Board of Hollywood Chamber of Commerce and Founder of the Hollywood Museum in the Historic Max Factor Building emceed the event. Guests heard from Los Angeles City Mayor Eric Garcetti, Councilmember Mitch O’Farrell of Council District 13, Councilmember David Ryu of Council District 4, Beatrice Girmala, Assistant Chief Director, Office of Special Operations, LAPD. Guests also heard from business leaders Jeff Lotman of Global Icons; Chris Barton of Hudson Pacific Properties, Inc.; Michelle Sobrino-Stearns of Variety; Randy Baumberger of Paramount Pictures; Craig Darian of Occidental Entertainment Group Holdings, and Kristin Cavanaugh of Sony Pictures Entertainment. The staff of the Hollywood Chamber also had an opportunity to bring tokens and share what they learned from Leron’s leadership at the helm of the Chamber. Leron’s family also had an opportunity to mark the occasion. His wife Audrey accompanied with their two children Lauren and Seth listed the top 10 things they will be missing as Leron retires from his long-time staple career as the Hollywood Chamber President & CEO. The evening concluded with a farewell message from Leron, the retiring star of the evening.

Click here to view more photos from the evening 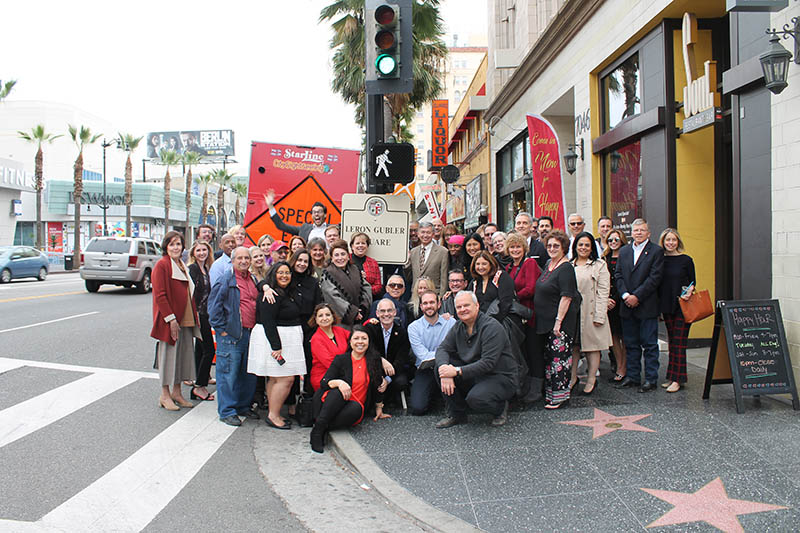 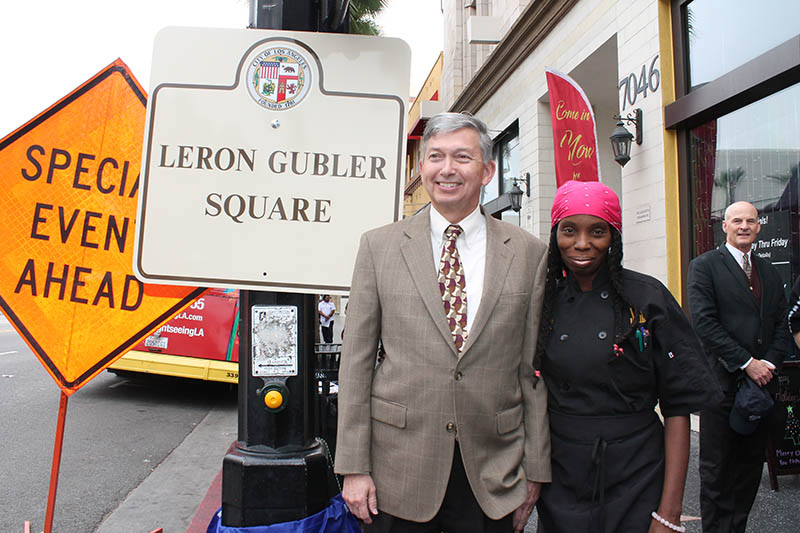 Yealang Smith, Owner and Operator of Soul Restaurant held a reception at her Hollywood restaurant. 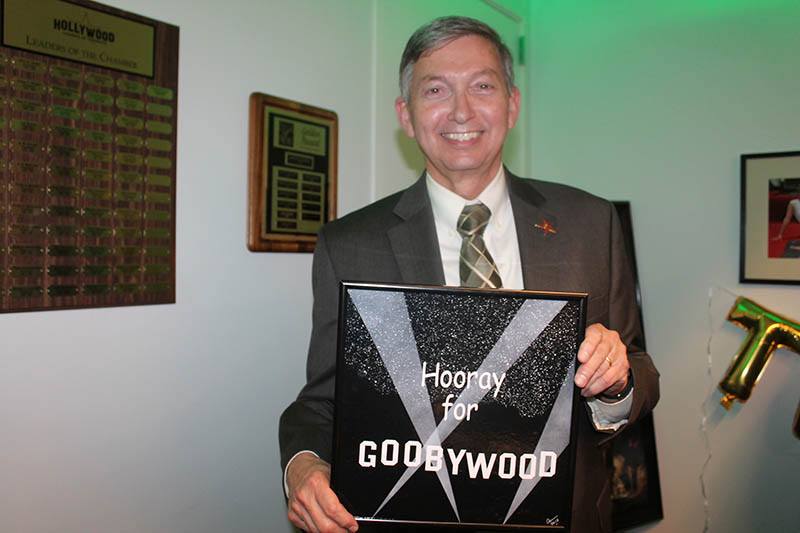 On Tuesday, December 18th, Chamber members and businesses had one last opportunity to bid Leron farewell during the Holiday Open House Gathering at the Hollywood Chamber of Commerce offices. Guests wished Leron a happy retirement with a champagne toast and ended the celebration with “Hurray for Hollywood, Hurray for Leron!”

As the Hollywood Chamber of Commerce transcends 97 years, Leron has served more than a quarter of the history of the organization. He has served longer than any other CEO in the Chamber’s history. He has served with 25 of the 60 Chairs of the Board of Directors.

When Leron arrived in the early 90s, companies were bailing in rapid succession on Hollywood. It was a difficult time to try and turn things around. Fast forward 26 years, and Hollywood is now one of the hottest business locations in Southern California, with companies like Viacom and Netflix becoming major stakeholders in the community.

One of the programs Leron introduced was the annual Economic Development Summit to focus attention on the positive things happening in Hollywood. Another was the State of the Entertainment Industry Conference, which drew attention to the importance of the Industry to Southern California and Hollywood. In addition, the Chamber conducted studies to gather data that would help to convince the development/business community of Hollywood’s merits. And he began tracking all of the developments in the pipeline in Hollywood and publishing the Chamber’s popular annual Hollywood Development Map. Today, there are 2,900 housing units under construction, four hotels with nearly 600 rooms under construction, and more than 800,000-sq.ft. of office space being built, most of which has been pre-leased.

“What is happening today with development in our community is a tribute to the role Leron and the Chamber have played for more than 26 years. Through Leron’s guidance, the Chamber became a leader to bring people together to work on common causes in Hollywood,” said Donelle Dadigan, Chair of the Board of Directors for the Hollywood Chamber of Commerce. “Under Leron’s leadership, we can say Hollywood, after waiting for more than a quarter of a century, is once again ready for its close up.”

We salute Leron Gubler and his achievements. He is a true Hollywood icon!

As Leron retires, he is named the newest Life Member of Western Association of Chamber Executives

Chamber Work—From ‘Herding Cats’ to ‘It Doesn’t Get Much Better Than This’ by Dave Kilby, President & CEO of W.A.C.E., EVP of Corporate Affairs, California Chamber

The Quiet Lion of Hollywood by Scott David Moe