The Hollywood Chamber of Commerce proudly honored actor Jeff Goldblum with the 2,638th star on the Hollywood Walk of Fame today, June 14, 2018 at 11:30 a.m. PDT. The star was dedicated in the category of Motion Pictures at 6656 Hollywood Boulevard in front of the Hologram USA Theatre.

“Jeff Goldblum is a unique actor who has gifted us such memorable movies with his unforgettable roles. His movies transcend generations and bring together both younger and older fans glued to adventure on the big and small screen,” stated Ana Martinez, Producer of the Walk of Fame ceremonies. “The “teleportation” of his star will instantaneously shine bright among our stars on the Walk of Fame!”

The Hollywood Chamber of Commerce which administers the popular star ceremonies encourages people who are unable to attend and fans around the world to watch the event exclusively on www.walkoffame.com. 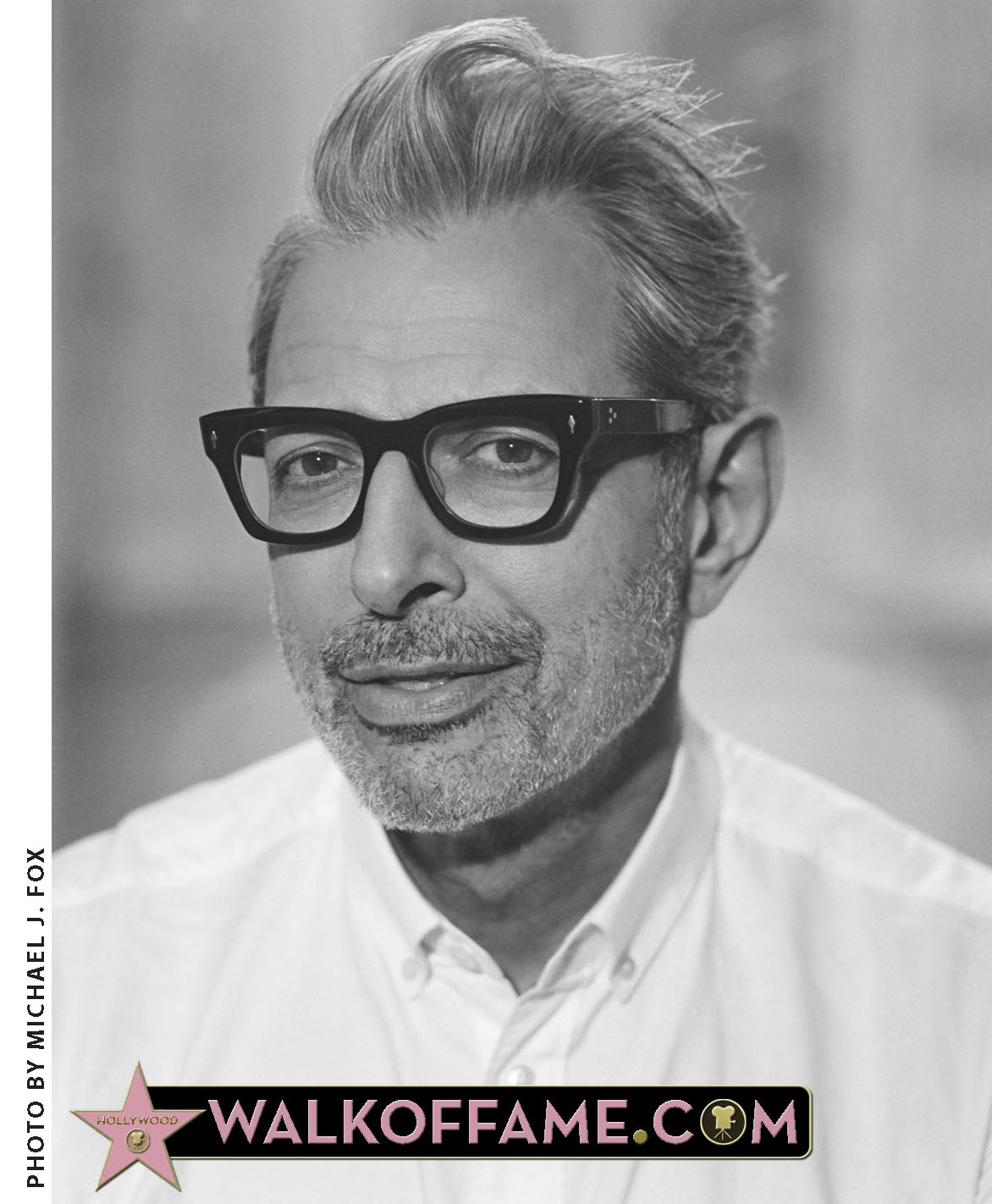 Jeff Goldblum, beloved for his roles in the “Jurassic Park” franchise, “Independence Day” and “The Grand Budapest Hotel,” will reprise his iconic role as Dr. Ian Malcom in “Jurassic World: Fallen Kingdom.” The film will be released by Universal Pictures on June 22, 2018.

On television, Goldblum credits include “Will & Grace” and “Portlandia.” On stage, Goldblum appeared in the Lincoln Center Theatre’s production of “Domesticated,” Broadway’s “The Pillowman,” West End’s “The Prisoner of Second Avenue,” and “Speed the Plow at the Old Vic Theatre.

Goldblum is also an accomplished jazz pianist and hosts a weekly jazz variety show with his band, The Mildred Snitzer Orchestra, at the Rockwell Table and Stage in Los Angeles, when he is not working on location. He has also previously performed at Café Carlyle in New York. Most recently, Goldblum signed with Universal’s classical label, Decca Records. His debut album with The Mildred Snitzer Orchestra is scheduled to be released later this year.

ABOUT HOLLYWOOD WALK OF FAME – www.WalkOfFame.com

The Hollywood Walk of Fame is an internationally-recognized Hollywood icon. With approximately 24 star ceremonies annually broadcast around the world, the constant reinforcement provided to the public has made the Walk of Fame a top visitor attraction. The Hollywood Chamber of Commerce continues to add stars on the Walk of Fame as the representative of the City of Los Angeles. The Walk of Fame is a tribute to all of those who worked diligently to develop the concept and to maintain this world-class tourist attraction. The Walk of Fame is open to the public. No paid admission or assigned seating at star ceremonies.It is understood that the cost of installing a star on the Walk of Fame upon approval is $40,000 and the sponsor of the nominee accepts the responsibility for arranging for payment to the Hollywood Historic Trust, a 501(c)3 charitable foundation. The funds are used to pay for the creation/installation of the star and ceremony, as well as maintenance of the Walk of Fame. Download the official app for iPhones and Android devices at http://officialhollywoodwalkoffameapp.com

ABOUT HOLLYWOOD CHAMBER OF COMMERCE – www.HollywoodChamber.net

Find your favorite star on the Hollywood Walk of Fame