The Hollywood Chamber of Commerce held its seventh annual State of the Entertainment Industry Conference presented by Variety at the Loews Hotel Hollywood on Thursday, November 15th. 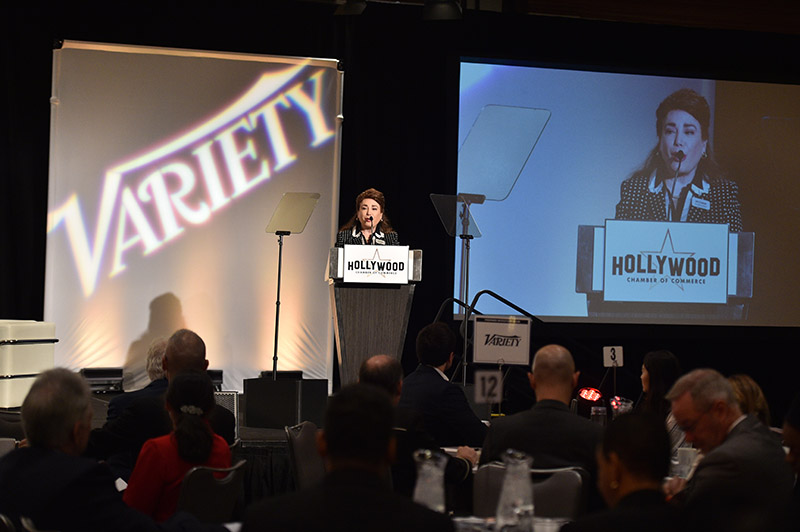 The Conference opened with Donelle Dadigan, Chair of the Hollywood Chamber of Commerce welcoming guests. 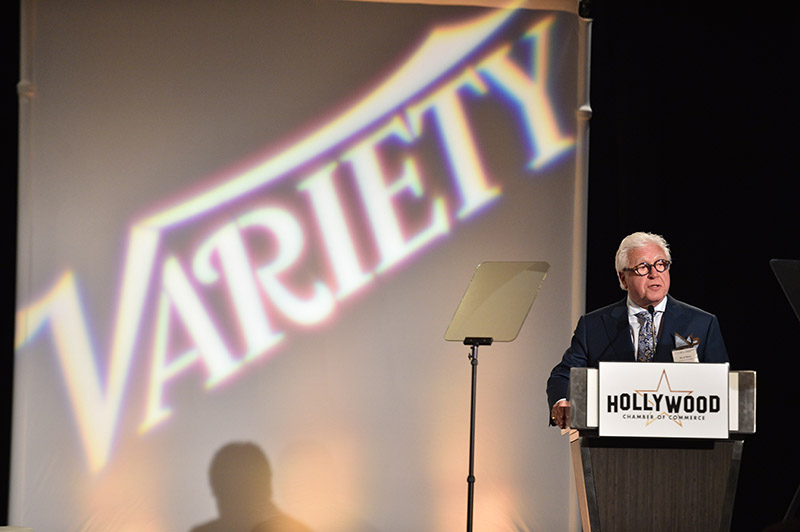 Television producer Vin Di Bona returned in his role as emcee for the seventh consecutive year. 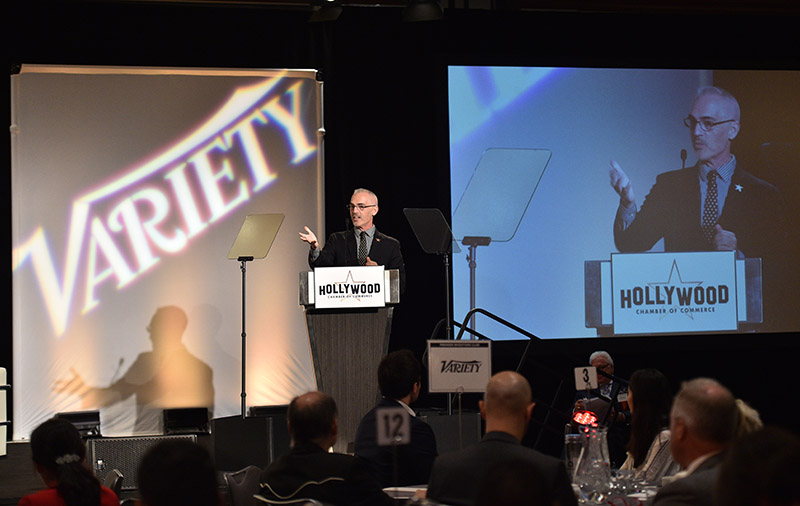 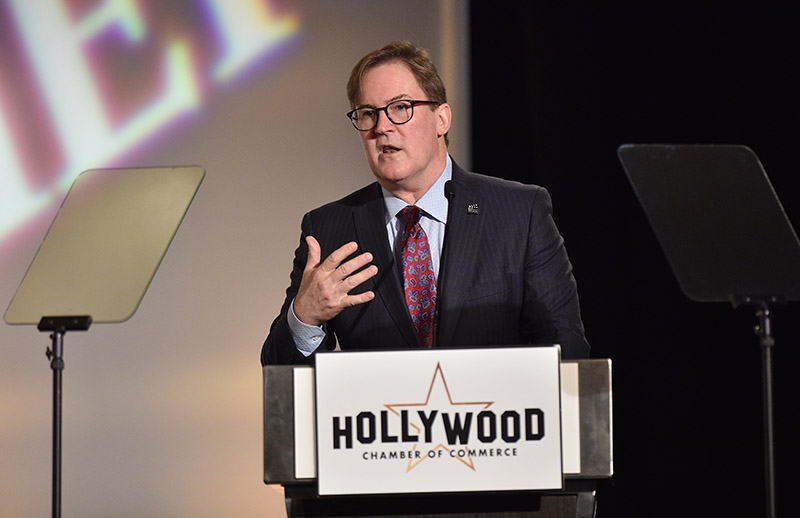 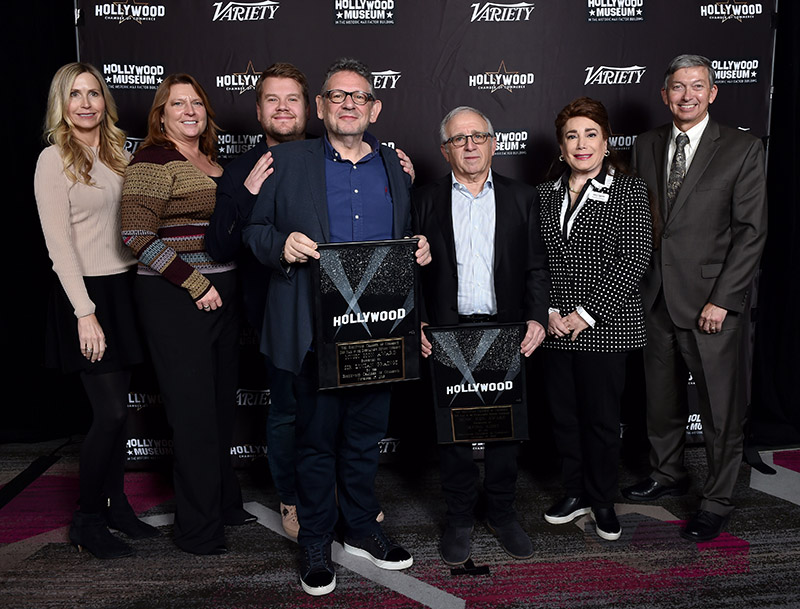 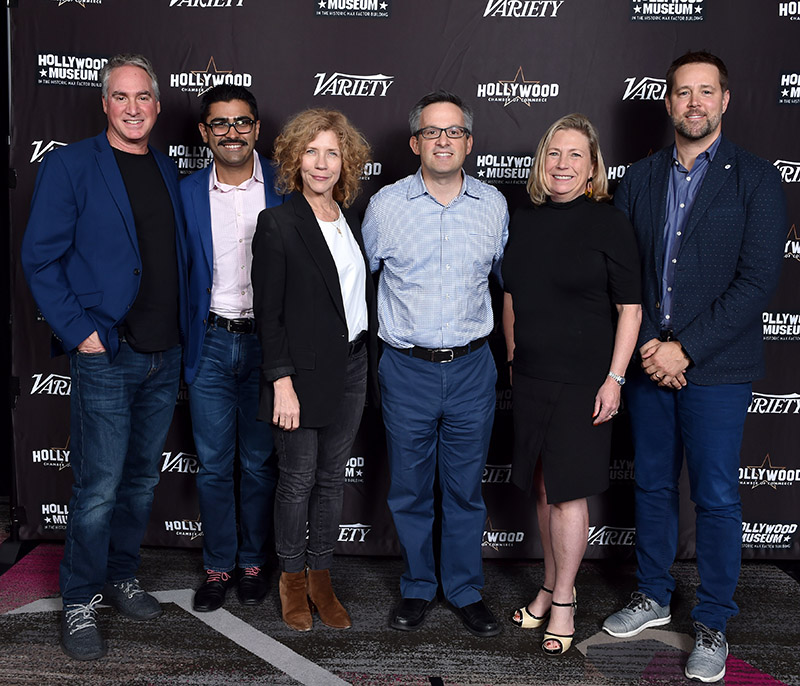 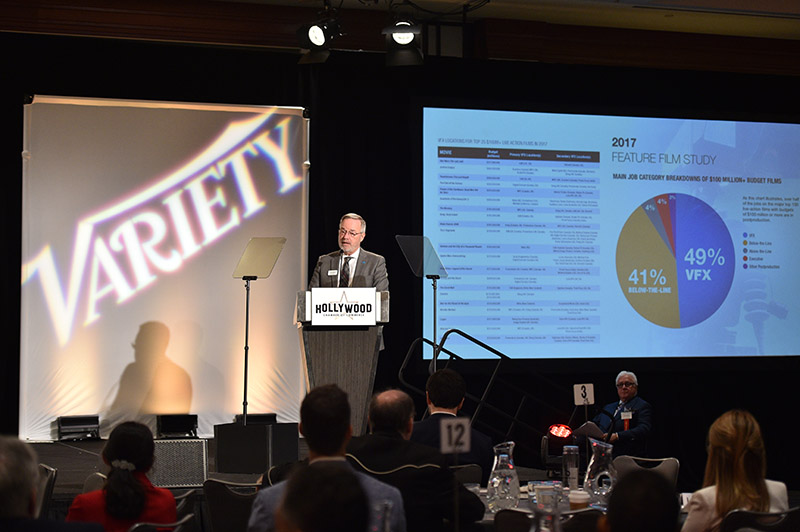 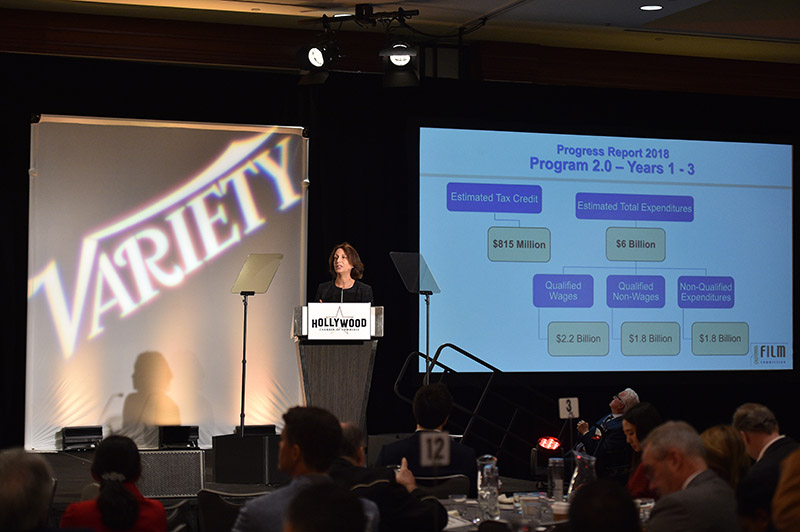 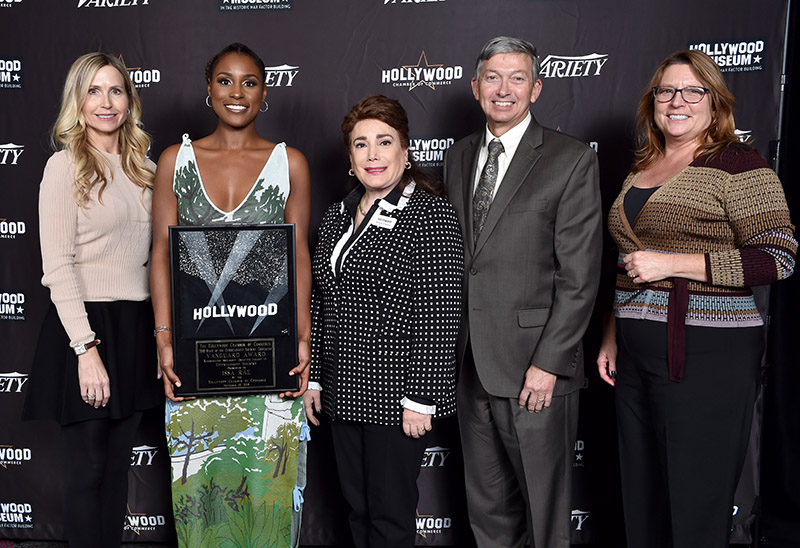 Actress, writer, producer Issa Rae, whose body of work include Insecure, Awkward Black Girl was the recipient of the Chamber’s new Vanguard Award, an honor which recognizes breakout creative talent in the entertainment industry. 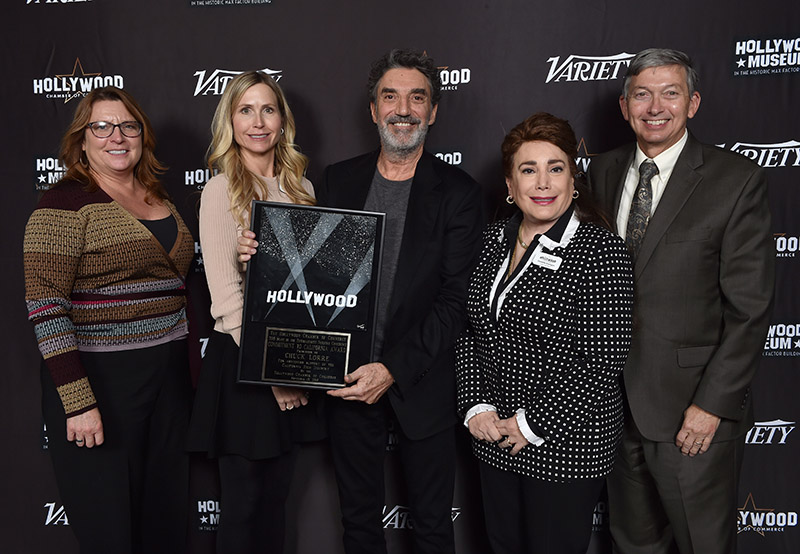 Writer, producer, composer Chuck Lorre who has entertained us for years with such works as “The Big Bang Theory,” “Two and A Half Men” and the upcoming “The Kominsky Method” was honored with the 2018 Commitment to California Award. 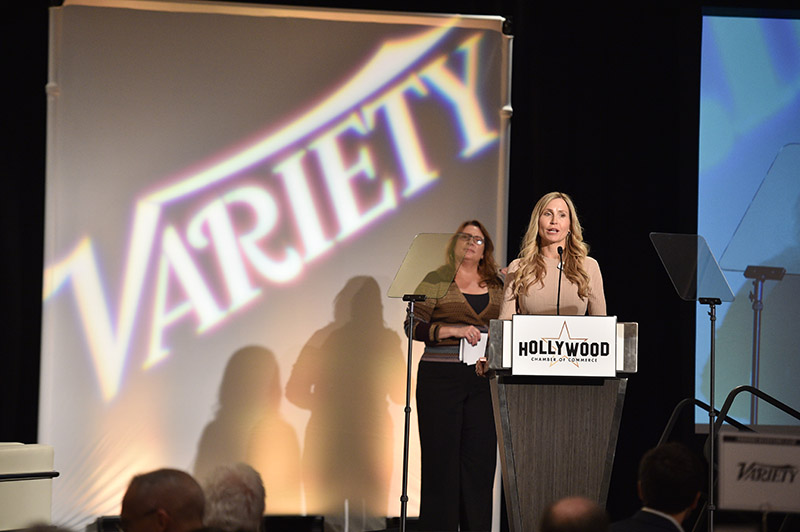 Kristin Cavanaugh of Sony Pictures Entertainment and Christina Derenthal of Paramount Pictures were co-chairs of the 2018 State of the Entertainment Industry Conference. 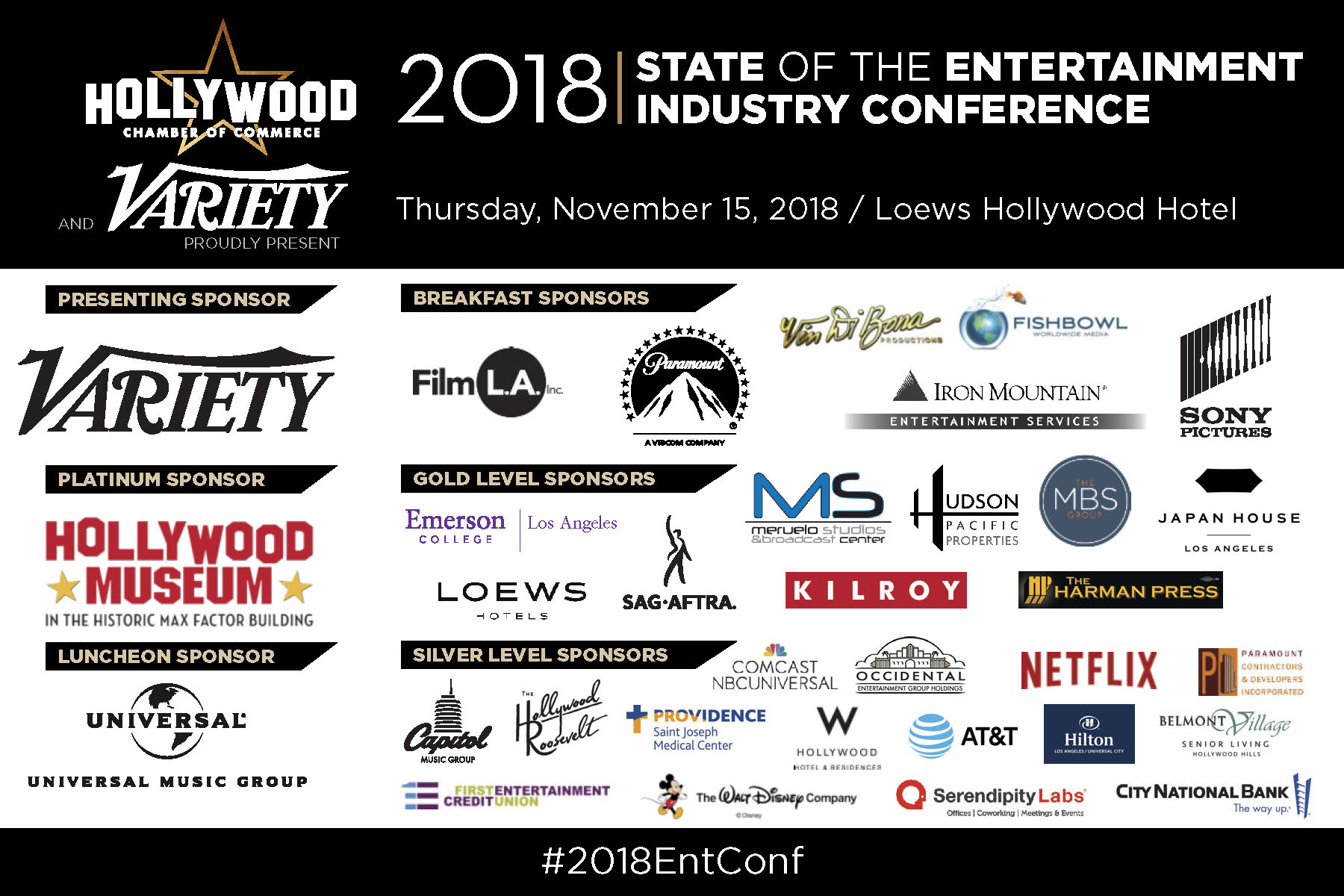 View the 2018 State of the Entertainment Industry Conference Commemorative Program