More than 400 of Hollywood’s dignitaries, business community and civic leaders attended the annual Heroes of Hollywood Awards Luncheon on Thursday, May 31st presented by the Hollywood Chamber Of Commerce Community Foundation at the Taglyan Complex in Hollywood. All net proceeds from this annual fundraiser goes back to the community in the form of grants..

Returning Co-chairs Carole Sarian of The CrisCom Company and Cindy Braun of Braun Consulting welcomed guests and thanked the community for being a part of this event and contributing in this fundraiser which goes back to Hollywood organizations in the form of grants. 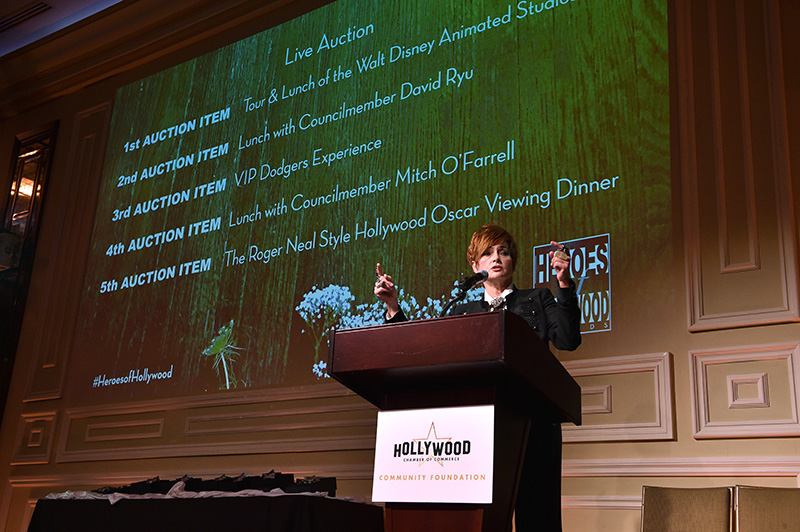 The program proceeded with the awards honoring our exceptional leaders for this year who have made a difference in the Hollywood community. George Pennacchio, the entertainment reporter for ABC7 Eyewitness News and host of the station’s Oscars specials, returned as Emcee of the annual award. 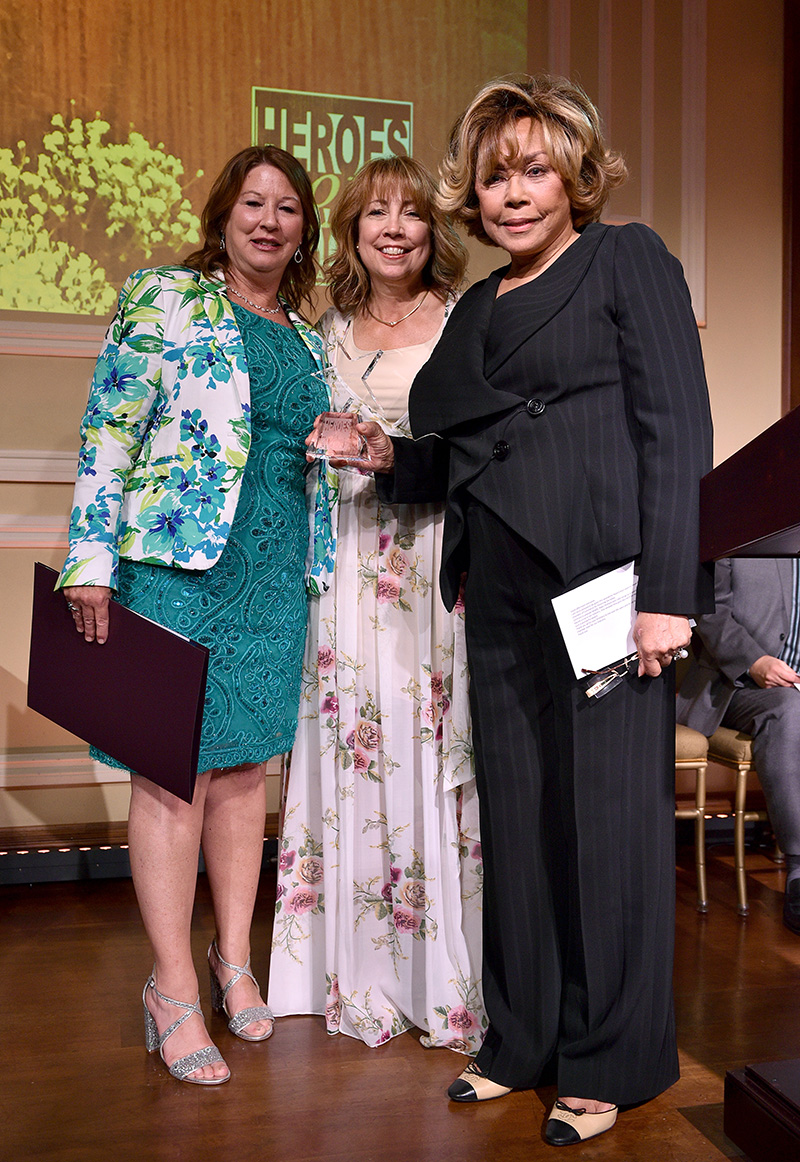 The first award recognized the television actress, singer, and model Diahann Carroll with the 2018 Mary Pickford Award. This prestigious award is given to a celebrity who has made a significant difference in the entertainment industry and the Hollywood community in the spirit of America’s first international star and one of the founding members of the Academy. For over 50 years, actress and singer Diahann Carroll has been breaking barriers for her performances in some of the earliest major studio films to feature black casts, including “Carmen Jones” (1954) and “Porgy and Bess” (1959) as well as on Broadway. “Julia” (1968) was one of the first series on American television to star a black woman in a non-stereotypical role and was followed by her portrayal of Dominique Deveraux in the primetime soap opera “Dynasty” over three seasons. 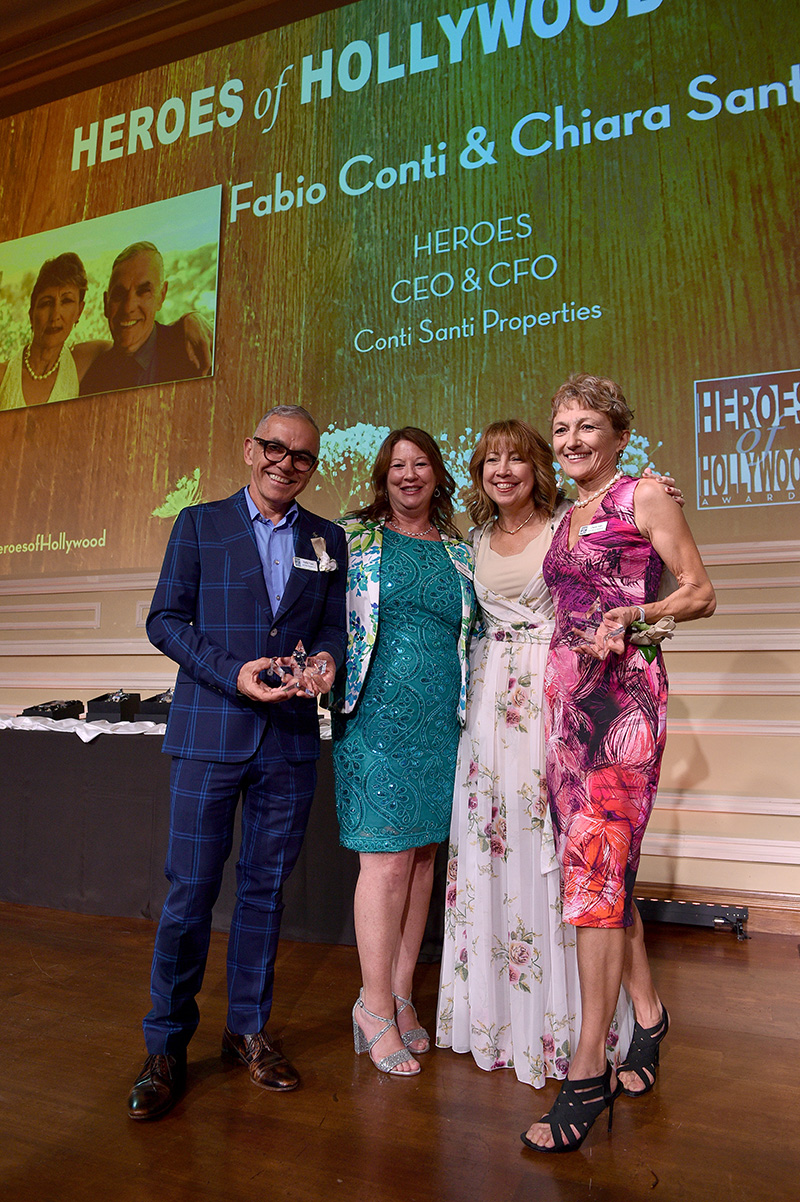 Our first duo to be recognized with the 2018 Heroes of Hollywood were Fabio Conti & Chiara Santi, CEO & CFO of Conti Santi Properties. Hailed from Verona, Italy, they both are hospitality people at heart, and ran their restaurant, Fabiolus, for 25 wonderful years on the corner of Sunset and Vine. Their restaurant helped bring a sense of community to the area by catering to residents, theatre and moviegoers, as well as studios and offices. Immensely dedicated to giving back to their community, both Fabio and Chiara have been involved with several boards and organizations. 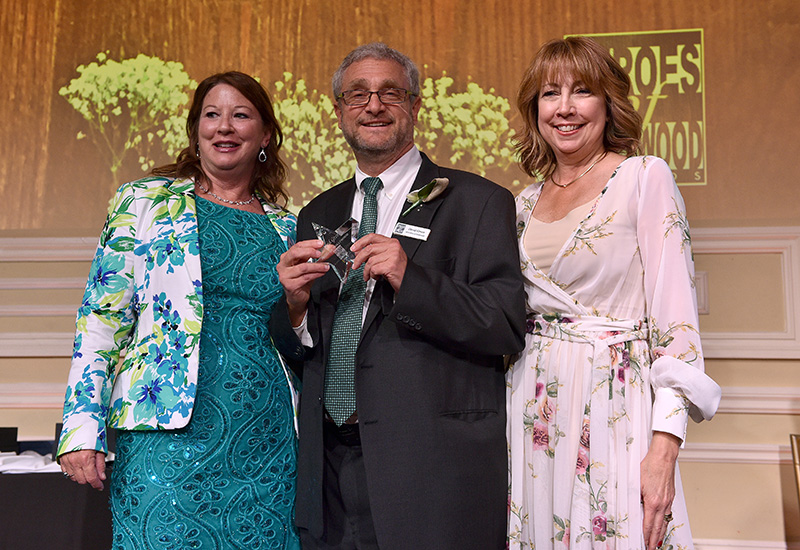 Our hero David Green was recognized with the 2018 Heroes of Hollywood. Green is the Sr. Vice President/CFO of Pantages Theatre- Nederlander West Coast. Hailed from Detroit, he joined Nederlander West Coast in 1978 and is currently the Senior Vice President and Chief Financial Officer for its legitimate theatre, concert, and real estate activities. A tireless volunteer both in the entertainment industry and the community at large, David has served on the Board of Directors of the I.A.T.S.E. Local 33 Stagehands Union Pension Health and Welfare Trust Funds for over 30 years. 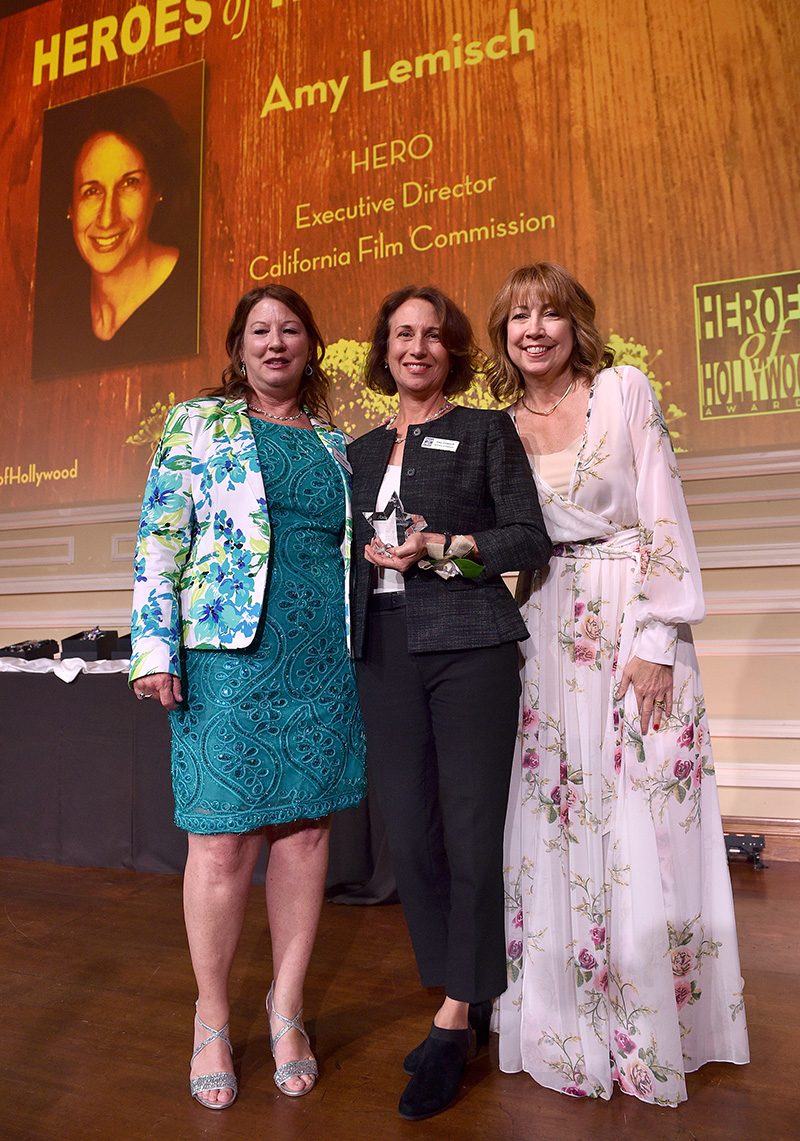 Our hero Amy Lemisch was recognized with the 2018 Heroes of Hollywood. Lemisch is the Executive Director, California Film Commission. She oversees the State’s efforts to facilitate motion picture, television and commercial production. In addition to administering California’s Film & Television Tax Credit Program, Amy oversees a wide range of support services and coordinates with all levels of government to create a film-friendly environment. Under her leadership, California has maintained its competiveness as a production locale amid intense global competition. She helped shepherd passage and implementation of the State’s uniquely targeted tax credit program enacted in 2009. 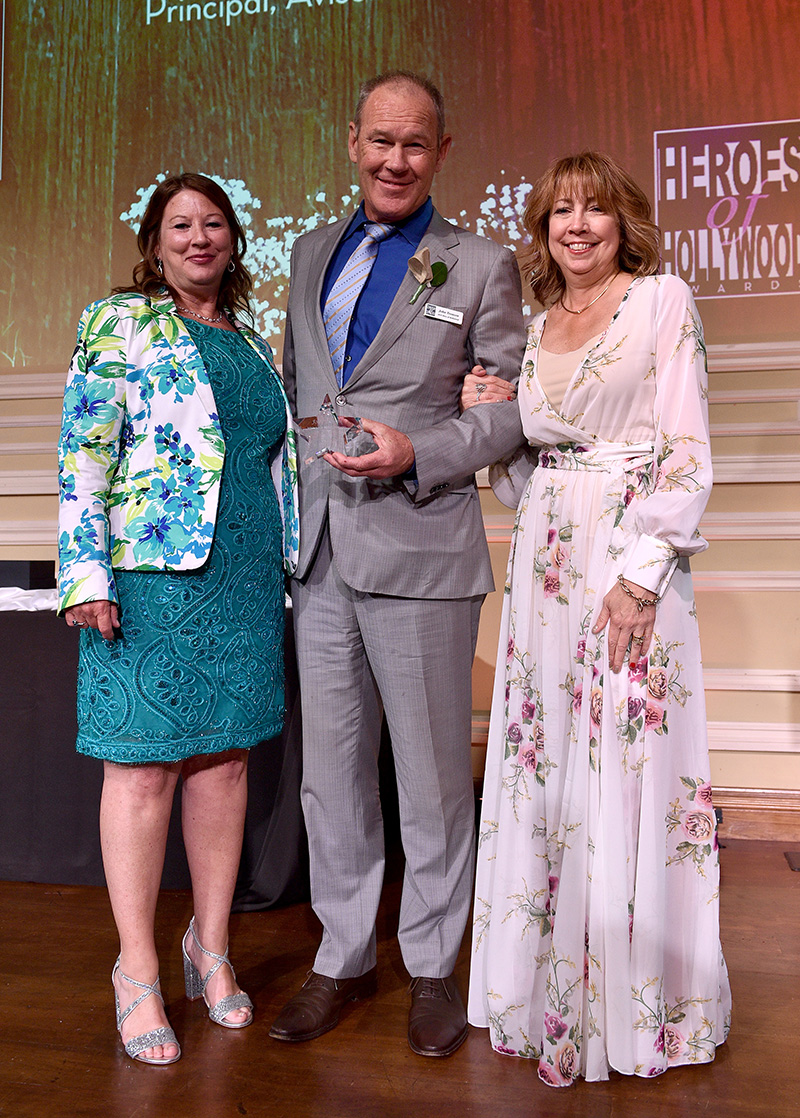 Our hero John Tronson was recognized with the 2018 Heroes of Hollywood. Tronson is the Principal with Avison Young Southern California LLC, focusing on its entertainment division and specializing in serving feature film, television and commercial production companies as well as property owners in the Hollywood market. Widely considered one of Hollywood’s leading commercial real estate professionals, John has transacted on many of Hollywood’s most recognizable icons such as the former ABC Studios facility on Vine, the El Capitan office building, the Broadway Hollywood, the historic Hillview apartment building, the Palladium, the Fredericks of Hollywood / Kress building, the First National Bank building, and the Capital Records building. 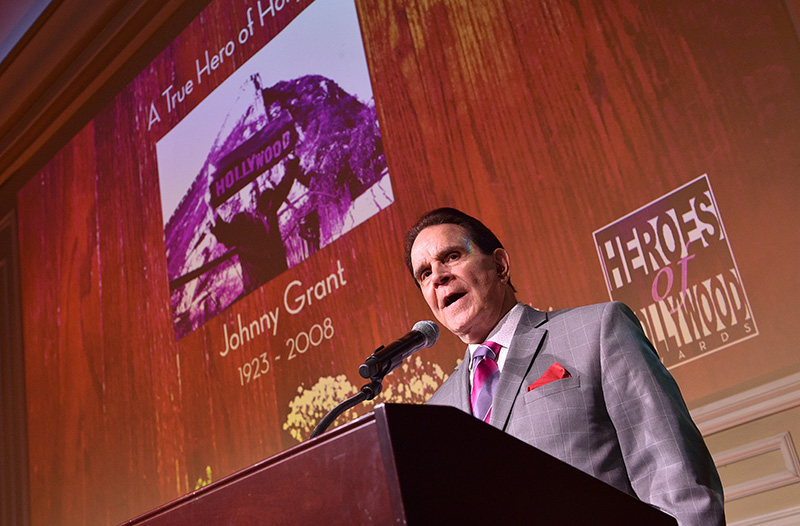 Additionally, “The Man of a Thousand Voices,” Rich Little, was honored with The Distinguished Service Award in Memory of Johnny Grant. Little is a master mimic of more than 200 voices. He continues to impress with a touring schedule throughout the United States and Canada. Infamous for his skewering of political figures, Little has charmed, amused, intrigued and gotten the best of politicians from here to his native Canada. Little had his own variety show in the 70s, was the star of the TV show “KopyKats” and even a guest host for “The Tonight Show.” He became a household name sitting in one of the “Hollywood Squares” and went on to do “The Muppet Show.” Named “Comedy Star of the Year” by the American Guild of Variety Artists, Little was the perpetrator of nine comedy albums and three HBO comedy specials, as well as the Emmy-award winning specials “Rich Little’s Christmas Carol.” Rich is also very supportive of causes for the armed services. 100 percent of proceeds from the sale of merchandise at his performances are donated to The Gary Sinise Foundation. Little is still currently working on his latest project, “Little by Little” a self-written, humorous show about his life, featuring over 30 characters. A book of the same title (…Celebrities I’ve Known and Been) has been released August 2016.

The Foundation appreciates the generosity and support in sponsorship of the businesses which helped in the success of this annual fundraiser.. 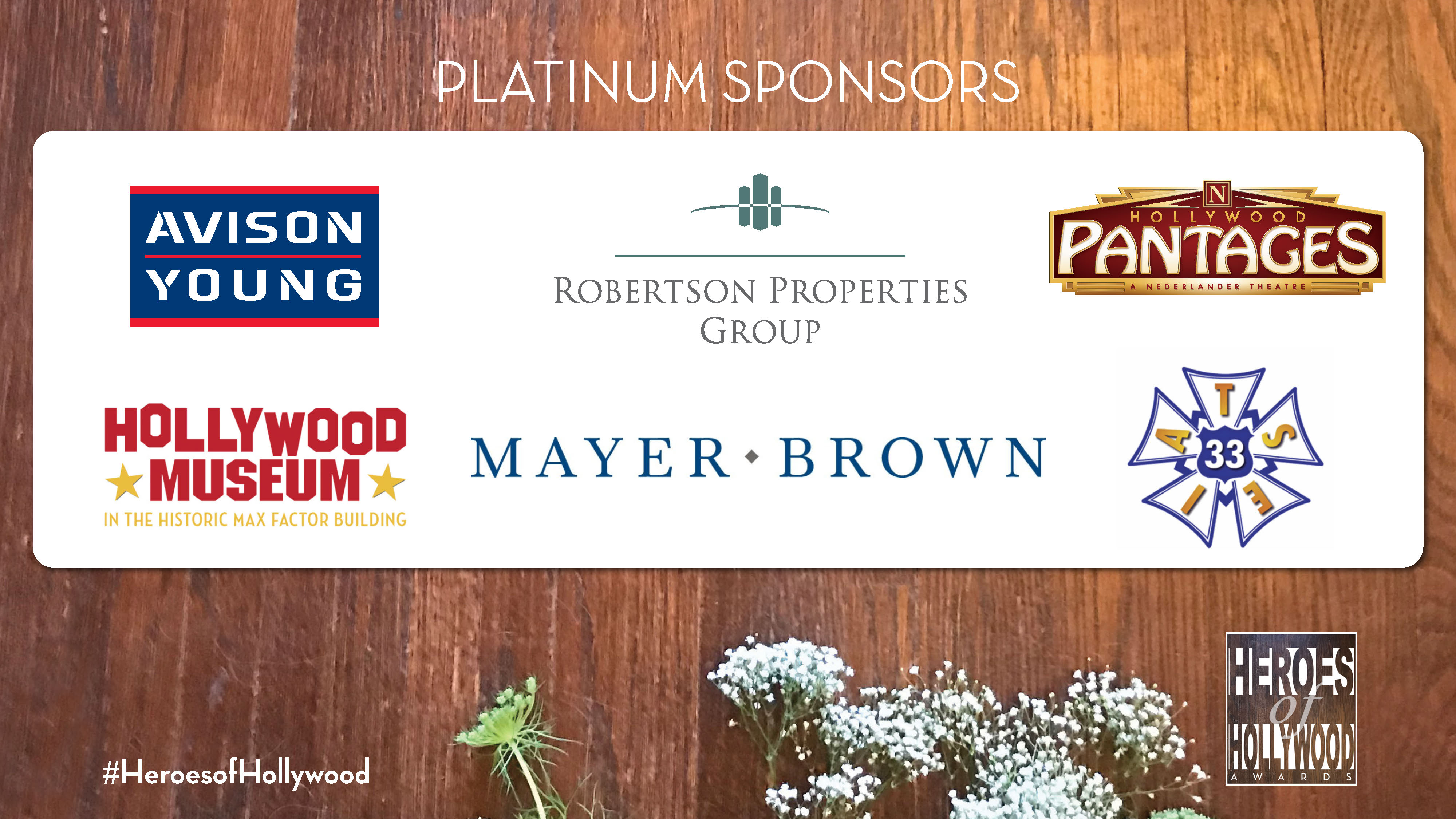 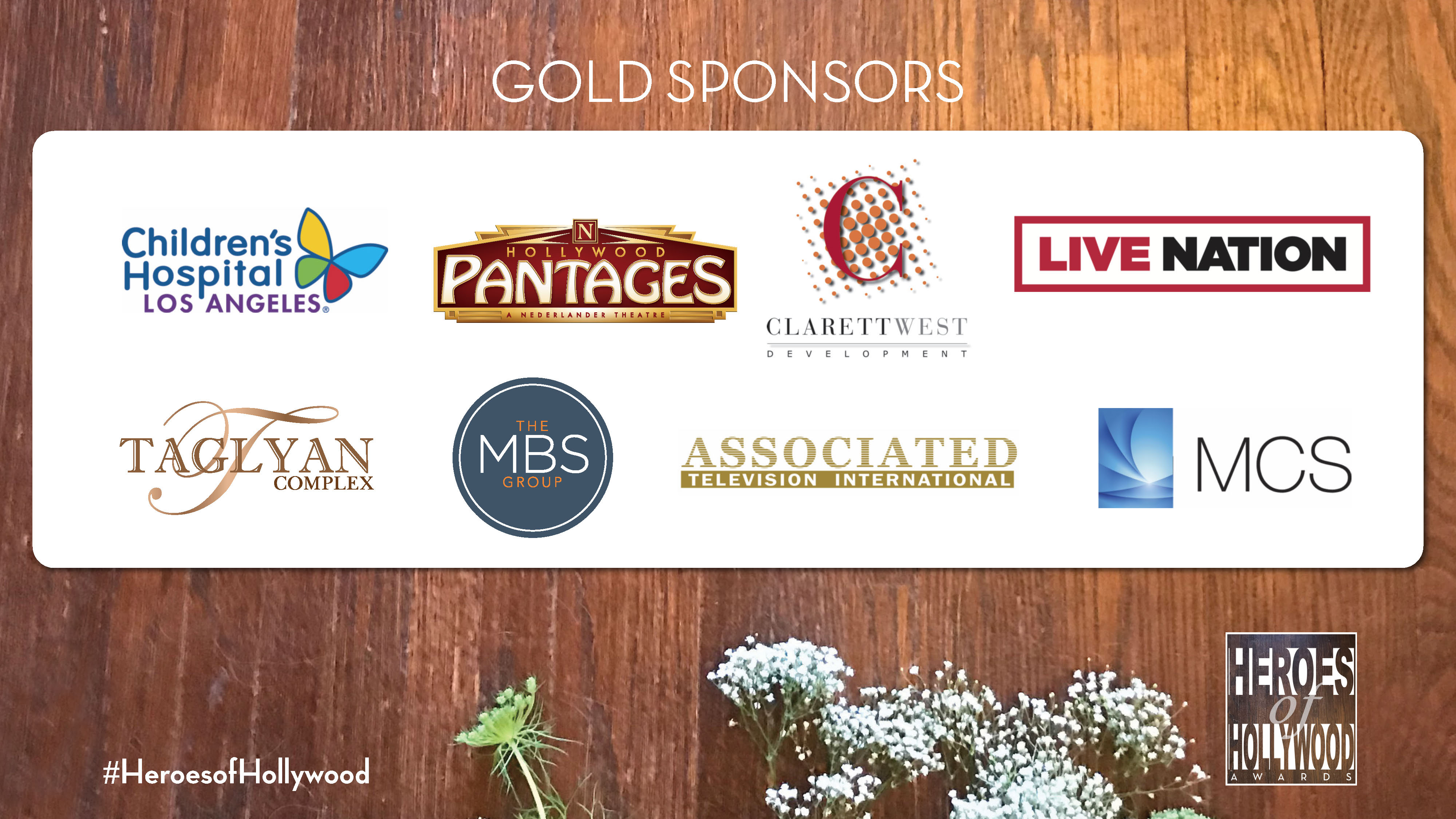 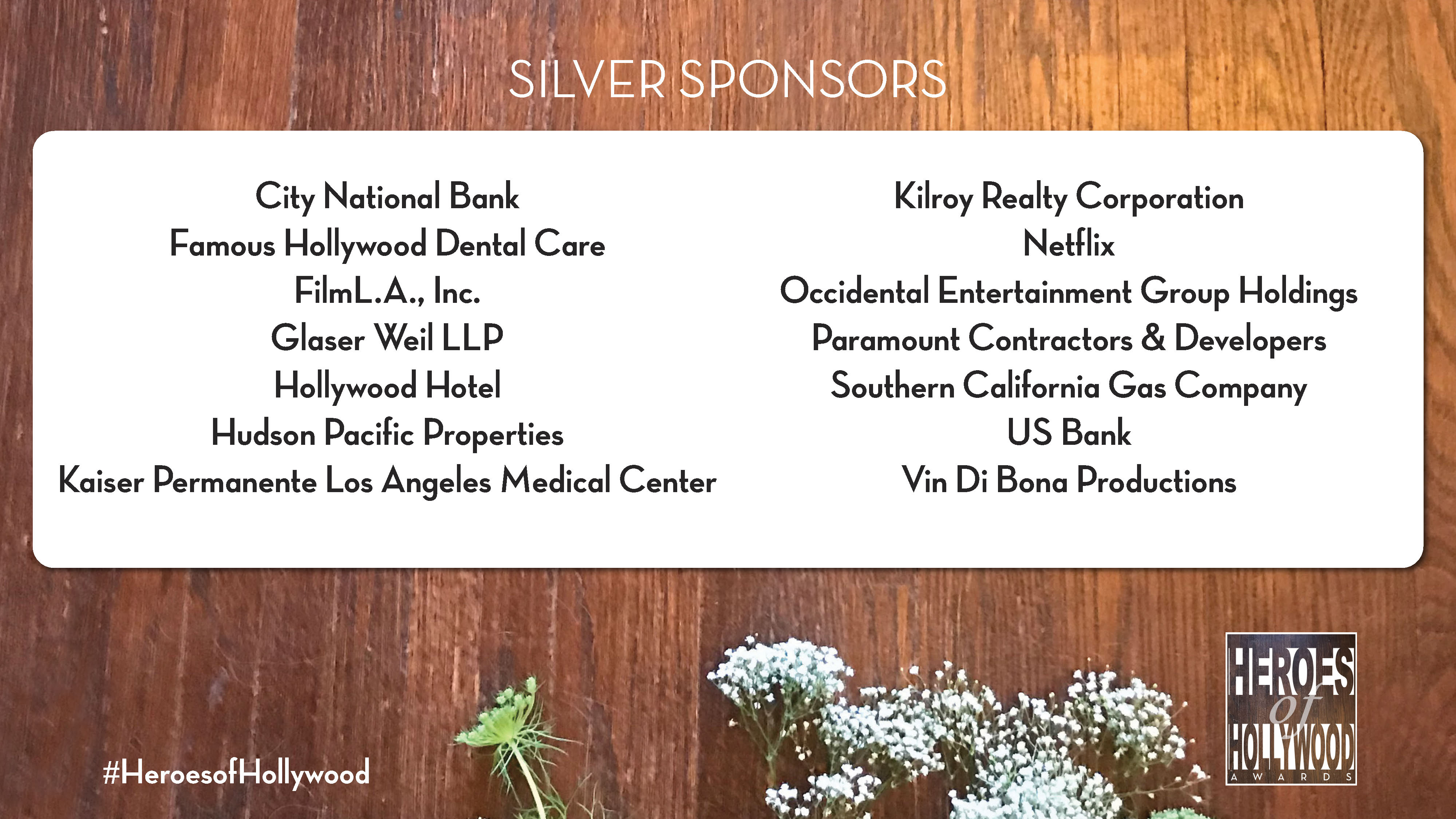