“We are proud of our influence throughout the Los Angeles community with over a million square feet of office, retail and residential projects in many parts of our great city,” said Wise. “We are now especially proud to be part of this incredible renaissance in Hollywood with the completion of over 350,000SF of new offices within a mile of where we sit today.”

J.H. Snyder has invested a quarter-billion dollars into the Hollywood market with their two outstanding projects the company has built here in Hollywood. 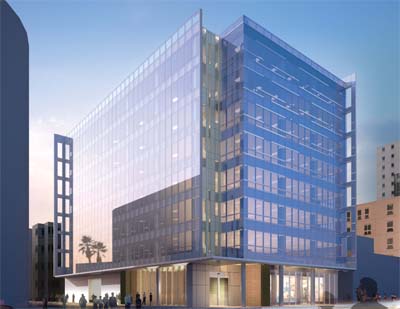 The first project 1601 Vine at Selma Ave was completed this past year. The development was an office project originally proposed by the CRA more than a decade ago, and which was languishing when J.H. Snyder stepped up and acquired it. The 115,000SF project is 100 percent occupied, and may add over 800 people working daily, using services and providing revenue to restaurants and retail.

“While we have increased the employment, we have continued to be sensitive to traffic problems and other environmental issues with a LEED Gold certification and limited parking forcing other means of transportation, including the proximity to the rail system,” noted Wise. 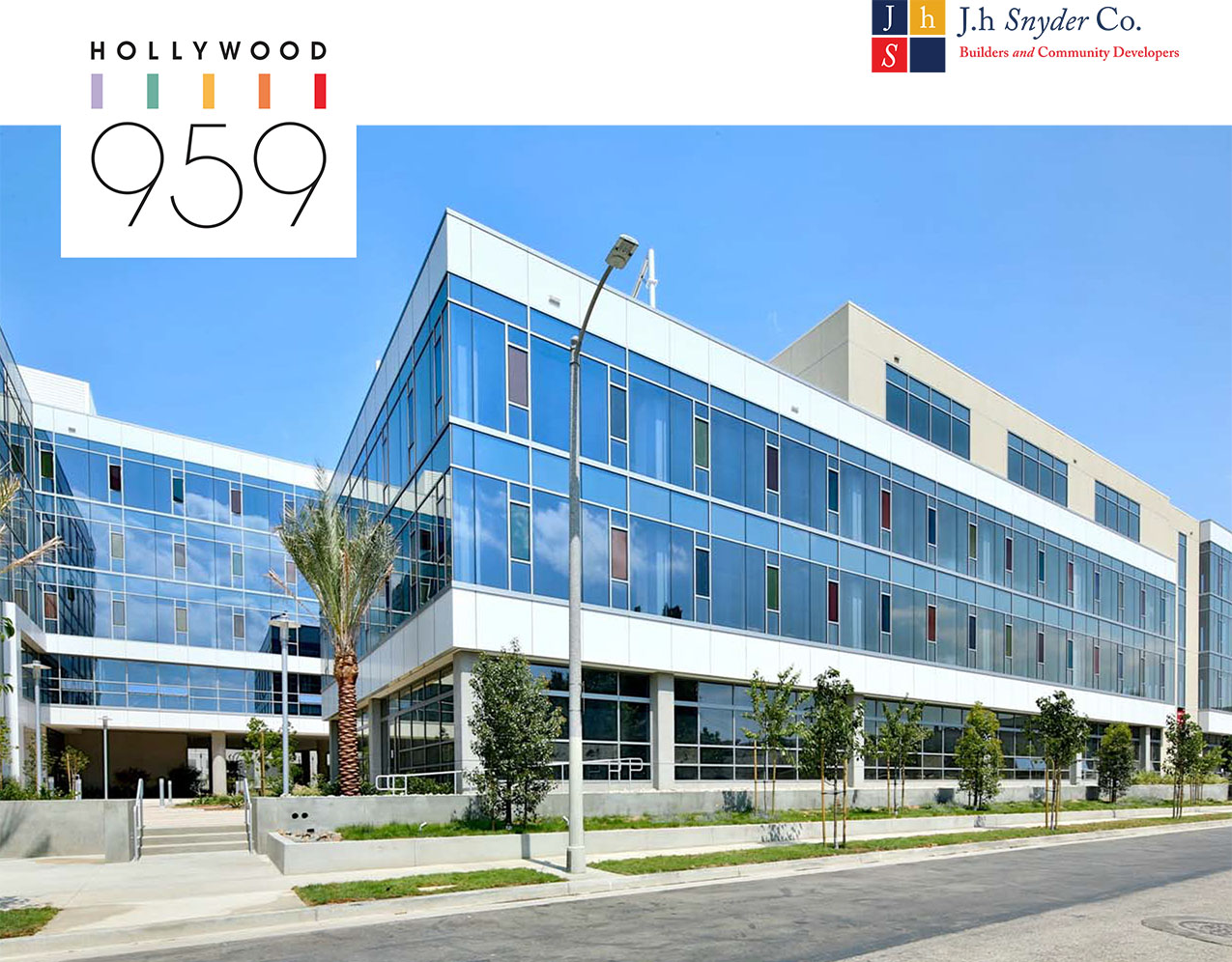 The second completed project is Hollywood 959, located in the Media District on the site of the old CFI lot. A 250,000SF creative campus, Hollywood 959 has set a new standard in that neighborhood for excellence. The project will see close to 100 percent occupancy within the next few months. While not as strategically located as Vine, Wise noted that the project will begin a new rejuvenation in the area around Seward and Santa Monica.

“We are proud to introduce Spoonfed, our new restaurant concept, and with the acquisition of the former Hollywood Center Studios now Sunset Las Palmas Studios by Hudson Pacific Properties, we now see fantastic future for this area of Hollywood,” said Wise.

The Hollywood Chamber created the Excellence in Economic Development Award a few years ago to recognize the firms that are investing in Hollywood and leading the renaissance of the historic Hollywood community.

“Today’s recipient J.H. Snyder has been in business for over 60 years and is one of the nation’s leading full-service real estate companies known for its multi-disciplinary capabilities,” said Leron Gubler, President & CEO of the Hollywood Chamber of Commerce who presented the award. “These two projects have created hundreds of permanent jobs in Hollywood and are contributing to Hollywood’s rebirth,” added Gubler.

About the Hollywood Chamber of Commerce – hollywoodchamber.net